The Night the Universe Spoke to Me

I think the universe might be sending me a message.

What would the universe say to you if it could speak its ageless wisdom into your mind and heart? Would you suddenly have your priorities rearranged? Would life become more meaningful? Would you change your daily walk and talk? It’s a profound thought, don’t ya think?

And how would that message make itself known to you? Would you hear some actual voice? Would thoughts flow into your mind in a color filled river of universe melding consciousness? Would a sign along the freeway have your name and words written just for you? Would you get a letter in the mail? Or may be it would even come across as a text. 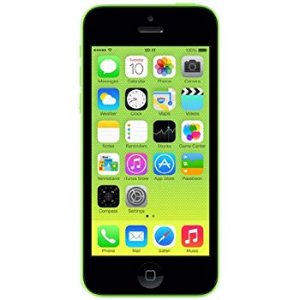 My message from the universe looked like HTML code. And it said one word I understood: “The”. How weird is that? Unfortunately, that message also went out to all my blog readers as well. They probably figured my blog had been hacked. In fact, one of my daughters asked if it had been hacked, which is how I found the message the universe sent me.

Now most people wouldn’t see much meaning in the word “the” and some HTML code. But I did.

So last night, after epic fireworks I won’t even attempt to describe here, the universe took matters into its own hands. (Does the universe have hands?) Actually, in this case it wasn’t hands that created the one word blog post, but a different body part, and it’s really close to my heart.

Without being any more vague than that, can I just say, it’s not a good idea to put your phone certain places for temporary storage. And let’s just suggest that a bra is a really dumb spot for a phone to hang out.

So that weird blog post I’ve taken as a sign from the universe. Actually, two signs. First, “put the phone away in the pocket where it belongs.” Second, “you NEED to get back to writing.”

Seriously, it’s the universe not so quietly telling me I need to finish “the” sentence. It’s time to get back to writing. Even if no one reads what I write, it’s always been something I do for myself, not for others, not really.

I paid big bucks to attend a writer’s conference a couple of months ago. I was looking for inspiration and motivation and camaraderie. And I found all of that there. But I failed to translate it into action. Putting my fingers to the keyboard just didn’t happen. But now it will.

I will get back to writing because the universe did the equivalent of a butt dialed phone call, except it was through WordPress and my boobs did the writing. That’s some weird karma, if you ask me.

2 thoughts on “The Night the Universe Spoke to Me”