Naked Crayons and Other Sunny Things 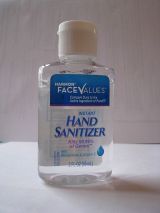 Spending time lately with my favorite three-year old I picked up on some of her personalized words and phrases. She’s smart! And I’m not just biased.

I mean look at this first word. She says:

“Hanitizer” instead of hand sanitizer

That makes perfect sense and in fact ought to replace the two-word equivalent, don’t you agree?

“Please can I have some Sruit Snacks?”

I think, again, she’s stumbled on something brilliant, since those little bite-sized pieces of candy-like substance have about as much to do with fruit as her version of the word does.

One of her favorite pastimes is watching videos or:

At my house she gets away with watching more than she does at her own house. I’m thinking of hiding “Aladdin” and “Bug’s Life” because I can’t seem to get them out of my head.

Oddly, she refuses to watch “Cinderella” or as she calls it:

Sounds like a Planet of the Apes version of the glass slipper story, doesn’t it? It once served as her Mom’s favorite movie as a kid and led to the naming of a semi-adopted cat named “Suffer” (another appropriate word-twist.) Someday I’ll convince her to watch it.

When she colors with crayons she prefers the newer ones that haven’t had the paper wrappers ripped off of them. When I recently handed her an orange crayon without the paper around it she laughed and then she said:

You want this book!

Then I laughed, too. Her Mom said she probably got the term from a book they’d read from the library called, “The Day the Crayons Quit” by Oliver Jeffers.

You’d like the book, too, even if you don’t hang out with three-year olds. Drop in to the library and look at it sometime, or buy a copy for your own favorite three-year old. And then next time you pick up a naked crayon, you’ll get to laugh as well.

What a great sense of humor this particular three-year old possesses. I’ve learned to see things with a twist when get to I spend time with her. When she thinks something’s hilarious she even says so:

Then I remember to replace the “s” with an “f” and I know she’s found something funny!

Funny and sunny definitely seem related. The more sun I include in my days, the funner my life feels. Likewise, the more fun I remember to schedule in, the sunnier my days.

See, isn’t she brilliant? I sure think so.